Starring Charlize Theron, Nicole Kidman, John Lithgow and Margot Robbie, BOMBSHELL is based on a real scandal. It is a revealing look inside Fox News, the most powerful and controversial media empire of all time, and the explosive story of the women who brought down the infamous man who created it.

“A ferociously entertaining dramatization of how an unlikely group of women exposed and deposed media titan Roger Ailes, it is as harrowing as it is triumphant in its depiction of the way it all came to pass” (Los Angeles Times) 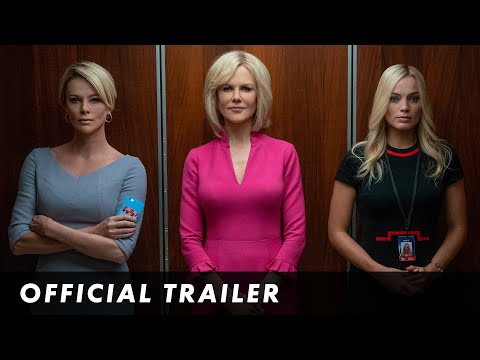