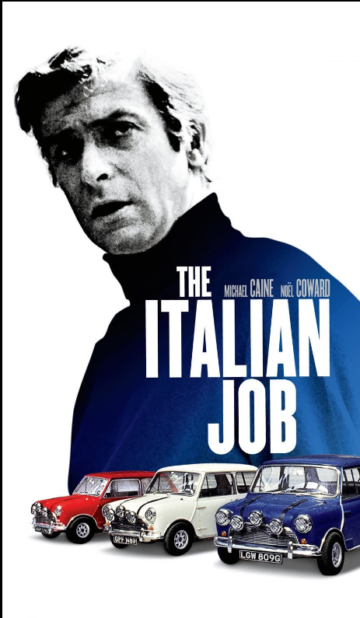 “A feline young Michael Caine plays Charlie Croker, the cheeky cockney scamp who plans to pinch a fortune in gold bullion from an armoured car convoy in Turin, having fixed the traffic lights to create gridlock preventing police pursuit (…). But first he must get the go-ahead from ageing crimelord Mr Bridger, played by Noël Coward, who runs things from his prison cell.

The director was Peter Collinson, whose flair for action was revealed in the exhilarating location sequences in chaotic Turin as Charlie’s red, white and blue Mini Coopers whizz along the city’s pavements and through its colonnaded piazzas.” (The Guardian) 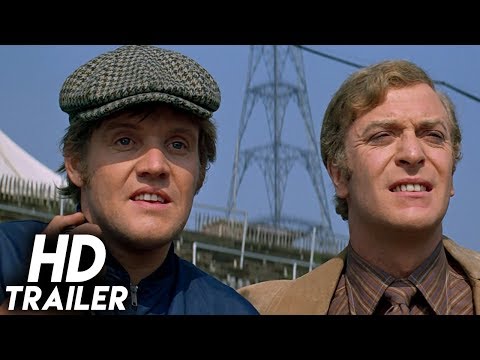